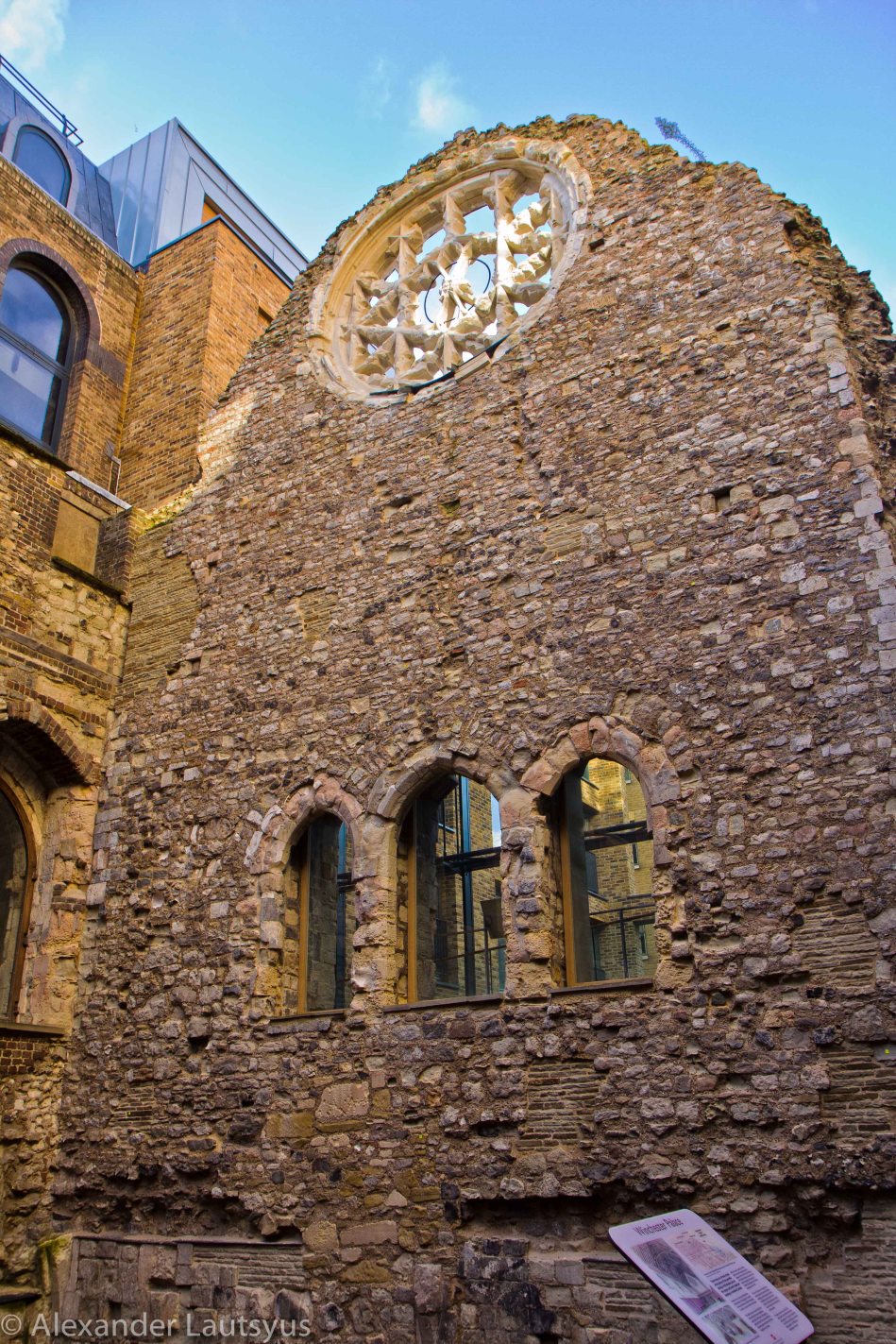 Based in the inner London district of Southwark are the remains of Winchester Palace – once one of the largest and most important buildings in all of medieval London. Built in the early 13th century as a home to the powerful Bishops of Winchester, now all that remains of the once prominent and lavish residence are a few walls of the Great Hall.

Although mostly destroyed by fire in 1814, the remaining ruins hint at the magnificence of the palace as it once must have appeared, standing formally alongside the south bank of the Thames. Today visitors can explore the extensive site, which also housed a number of other buildings such as a prison, brew-house and butchery, and view the impressive architecture of the remaining walls – including a magnificent rose window that adorns the west gable.