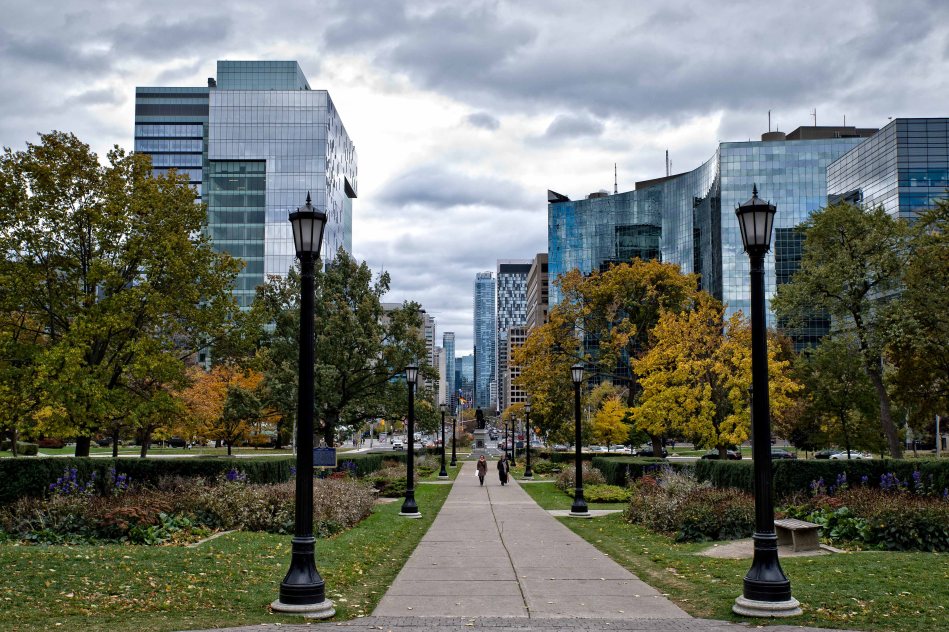 University Avenue is a major north-south road in Downtown Toronto. Beginning at Front Street West in the south, the thoroughfare heads north to end at College Street just south of Queen’s Park. At its north end, the Ontario Legislative Building is situated. Many of Toronto’s most important institutions are located along the eight-lane wide street. Government buildings, corporate offices, commercial buildings, major hospitals and cultural institutions such as Four Seasons Centre, which is the new home for the Canadian Opera Company and the National Ballet of Canada are located on that most beautiful street of Toronto.
The portion of University Avenue is laid out as a boulevard, with several memorials, statues, gardens, and fountains concentrated in a landscaped median dividing the opposite directions of travel, giving it a ceremonial character. It covered with numerous trees, shrubs, and flower beds. That gives it the feeling of real Park. There are no rooftop billboards, and any shopping centres on that street. Restaurants now dot the southern end of University Avenue.
University Avenue is Toronto’s most ceremonial thoroughfare, with many of the city’s most prominent institutions. 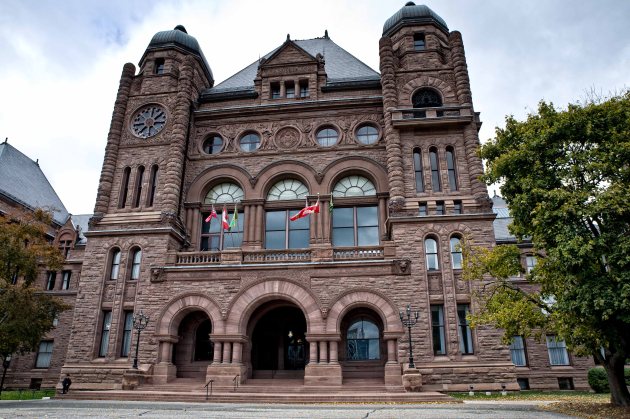 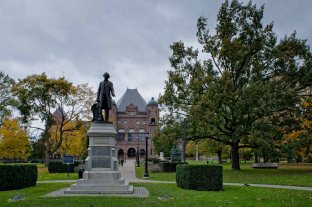 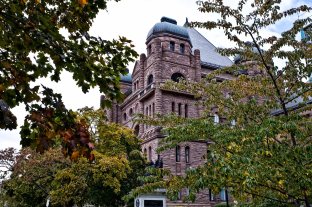 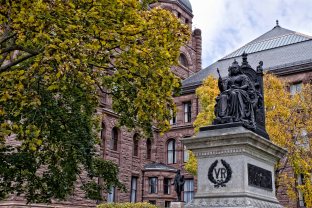 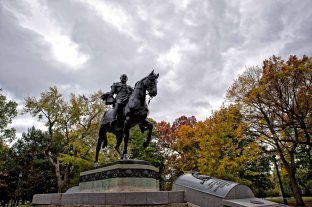 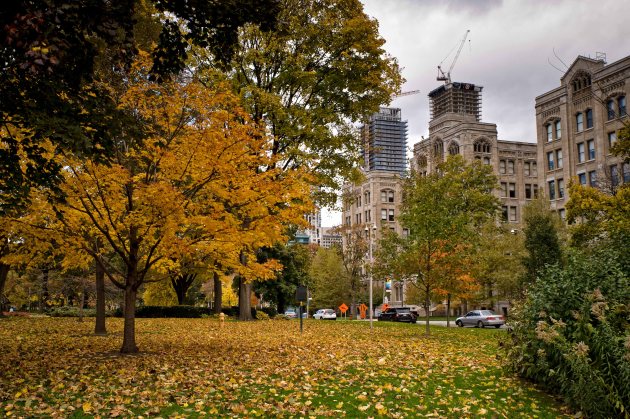 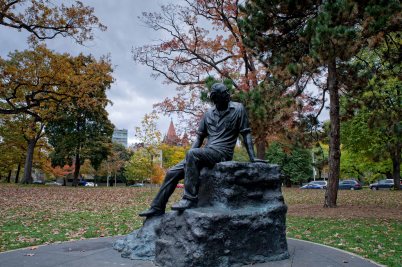 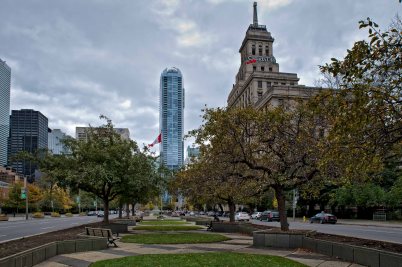 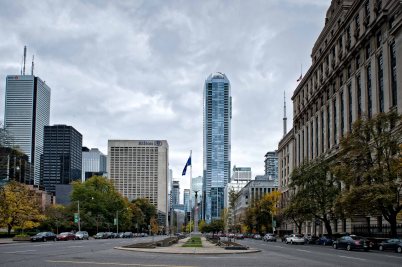 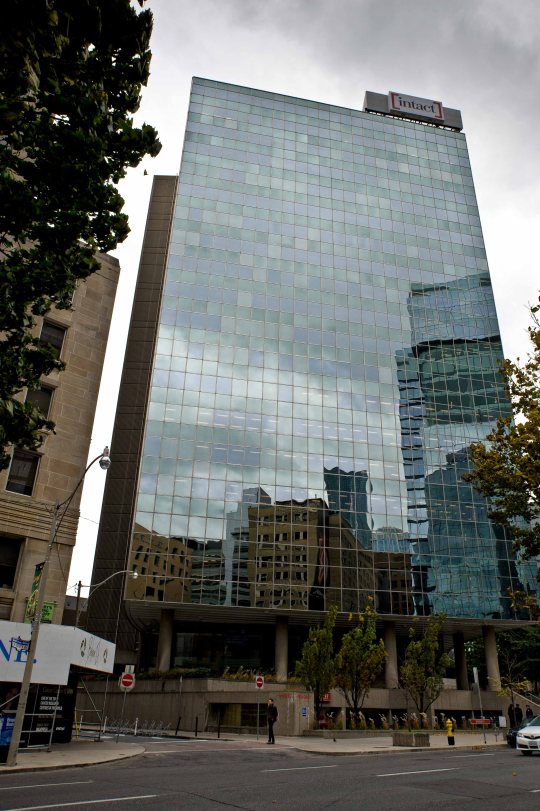 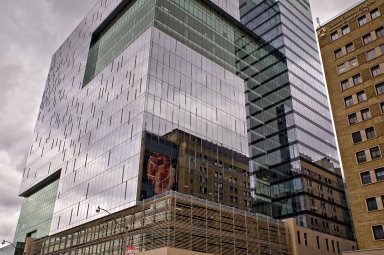 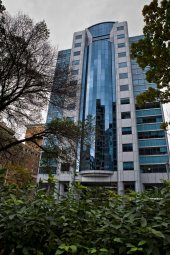 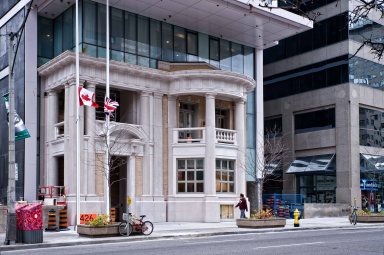 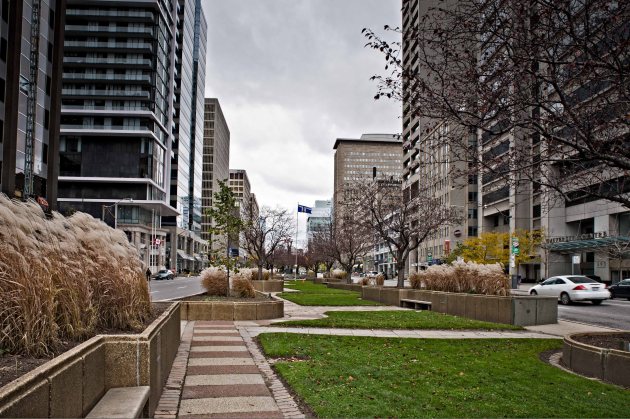 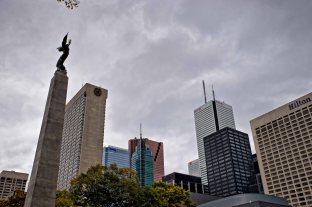 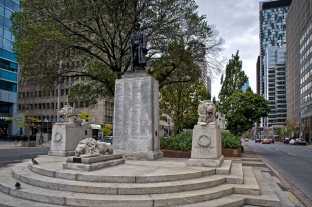 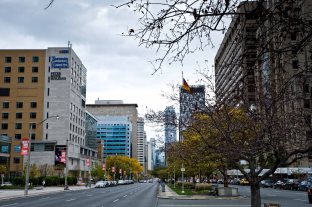 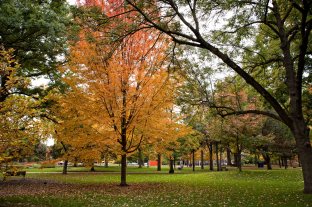 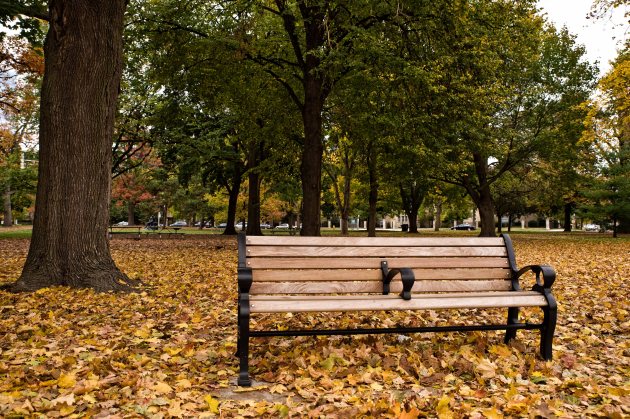